I’m going to say something I know is shocking.  I am not a pizza person.  Sure, I like it.  Who doesn’t?  However, given the choice between pizza and something else, I am more likely to select the second option, whatever that happens to be.

My husband, on the other hand, can eat pizza every day of the week.

So, imagine his surprise and joy when we moved to the Midwest and I discovered Chicago Deep Dish Pizza.  I’ve had deep dish before, but not like this.  Suddenly and without warning, I became a pizza person…or at least, more likely to order pizza than I had been before.

Then it happened…one morning a video for making pizza showed up in my Facebook feed.  I watched the dough get rolled out and toppings heaped onto it.  I craved pizza for the rest of the day.

I subscribe to the “if you crave it, you should have it” camp.  I ran to the store and picked a few items so I could make my very first deep dish pizza, complete with a homemade cornmeal crust.  Yum!

After making bread, the crust was easy.  Prep the yeast, add the flour and cornmeal, let it rise.  Plus I just bought a really cool, handy-dandy, dual purpose, silicone/French rolling pin from a kitchen store that was going out of business.  So, voila, the crust was made!  I set it in my deep cast iron skillet that I could put in the oven with no worries.

The toppings were fun.  I started with pepperoni and added fresh onion, tomato, marinara sauce and, of course, a lot of mozzarella and a sprinkling of Parmesan with some Italian herbs.  The best part was, the sky is the limit when it comes to toppings!

Then I popped it in the oven and had homemade pizza 25 minutes later!

So, I say “25 minutes later,” but the truth is, I kept it in the oven longer than that, which was a mistake.  I also didn’t heap on nearly enough cheese (for my taste at least).  So, there are the two things I will do differently the next time.

However, my husband raved about how great the meal was and how I am the best wife ever.  I’ll take that.

Here is the recipe: 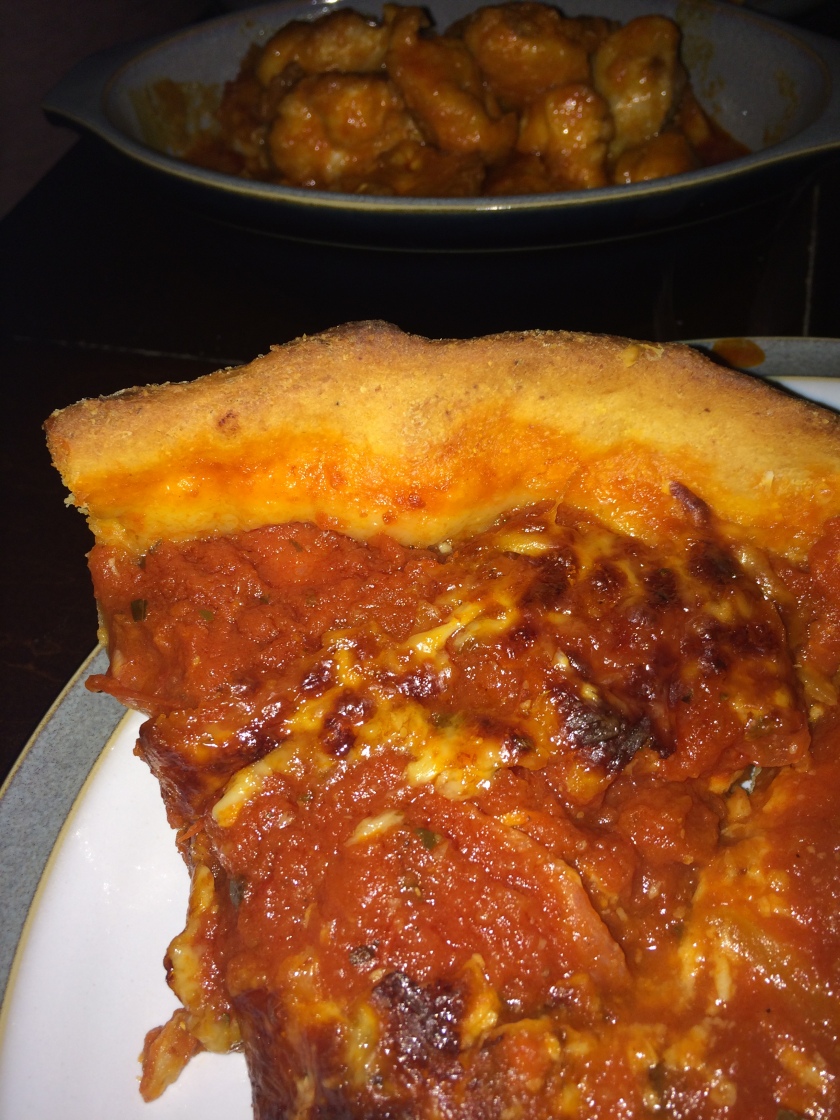