With the holidays in full swing, I have pie on my mind. It’s the only time of year I actually make pie.

It started when my mom and I would tandem in the kitchen to prepare Thanksgiving dinner. I would find a recipe for some new dessert each year. One year it was caramel apple pie, the next year was chocolate pecan pie, and so on.

Then one year I was invited to dinner with my extended family and asked to bring a pumpkin dessert.  As usual, I couldn’t make just a regular pumpkin pie, so I found an enticing recipe from Epicurious for a Pumpkin Mascarpone Pie. Unknown to me at the time, this would become my new tradition.

As it turned out, I’ve spent almost every Thanksgiving since with my wonderful extended family, and have brought that pie every time.  However, the pie has evolved!

The Pumpkin Mascarpone pie I make now changes slightly each year, depending on my mood. As usual, I never stick to a recipe for long, and this one is no different. I’ve tried a variety of alterations, but this year, I think I found a combination that I might keep for a while. So, here it is:

Create the Marshmallow Fluff first, then put in the refrigerator until it is ready for use.

Baking and Finishing the Pie: 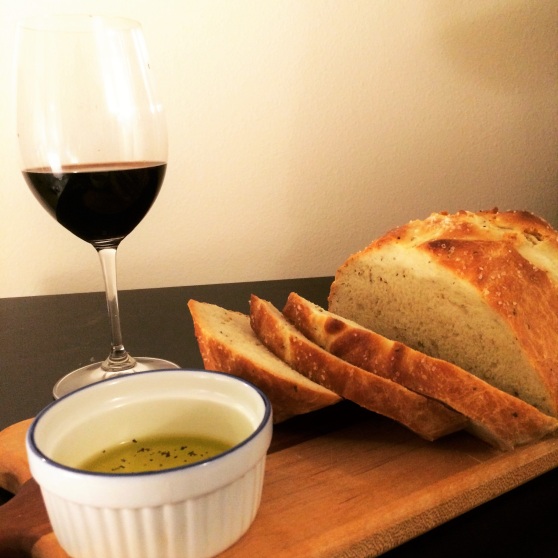